How to learn coding and practice a new language with Scratch

Lately coding has become a buzzword in education especially in the community that I teach.  The parents are showing a lot of interest in their children learning how to code in schools.  One solution to this is through the web based program Scratch.  This program allows students to gain coding experience in a fun and interactive way.  The students may not be coding Java or HTML but they are coding their characters to do incredible things.  This is a great way to introduce students to coding, and I have seen many students extremely enthusiastic about the program. 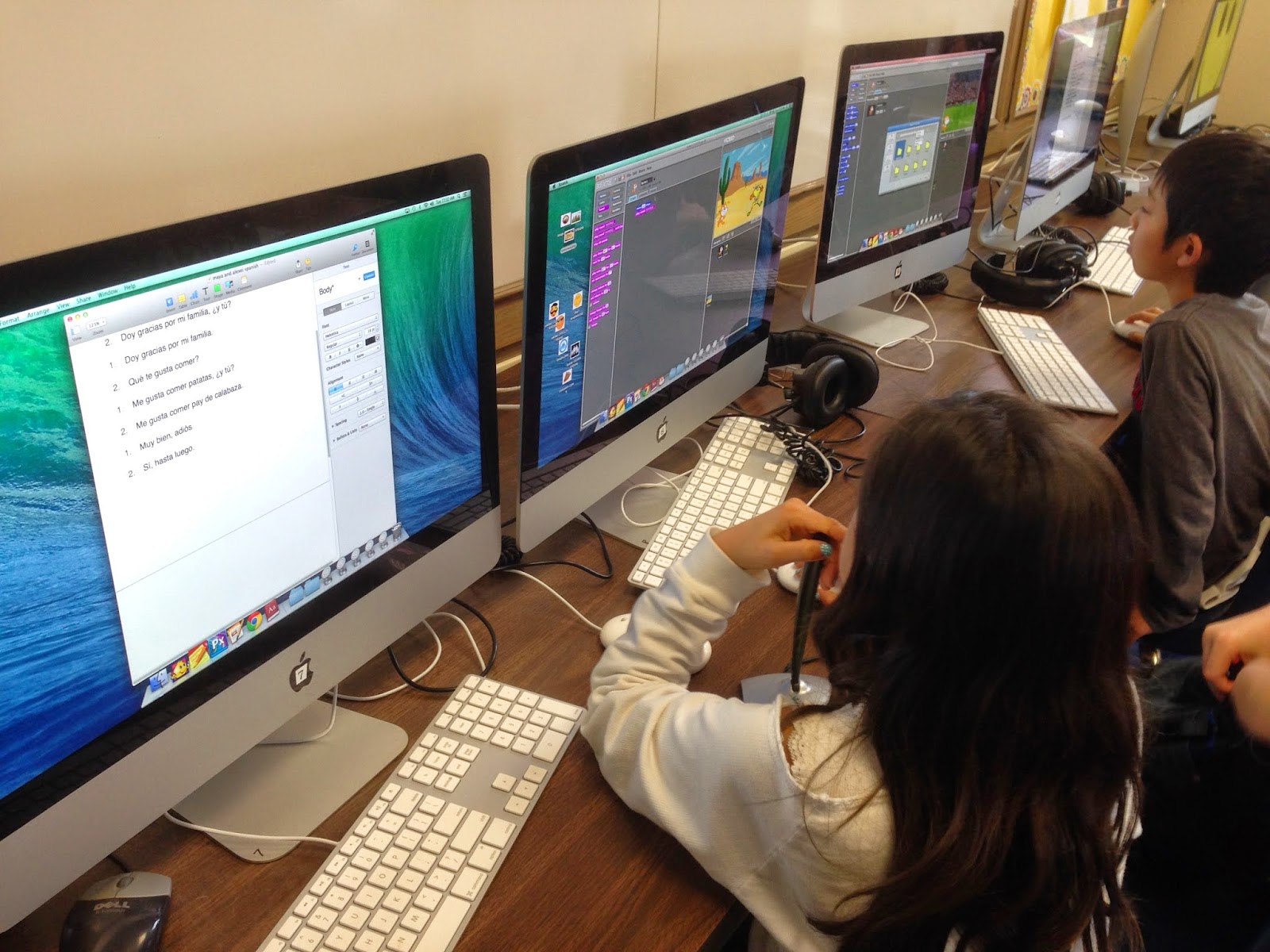 At first I thought this is a great program, but I won't be able to use it in my Spanish classroom where speaking is the main focus.  After collaborating with a colleague I realized that not only could the entire scratch program website be in Spanish, but that my students could also record their voices right in the program.  We realized that this is a great way to have the students practice their language skills by creating, and coding a conversation between two characters.  The tip with this part is to have students insert code for one line of the conversation, then to put the code in for the other character.  The other character can have code inserted to trigger an audio response to the first character.  This creates a conversation in Spanish between the two characters. 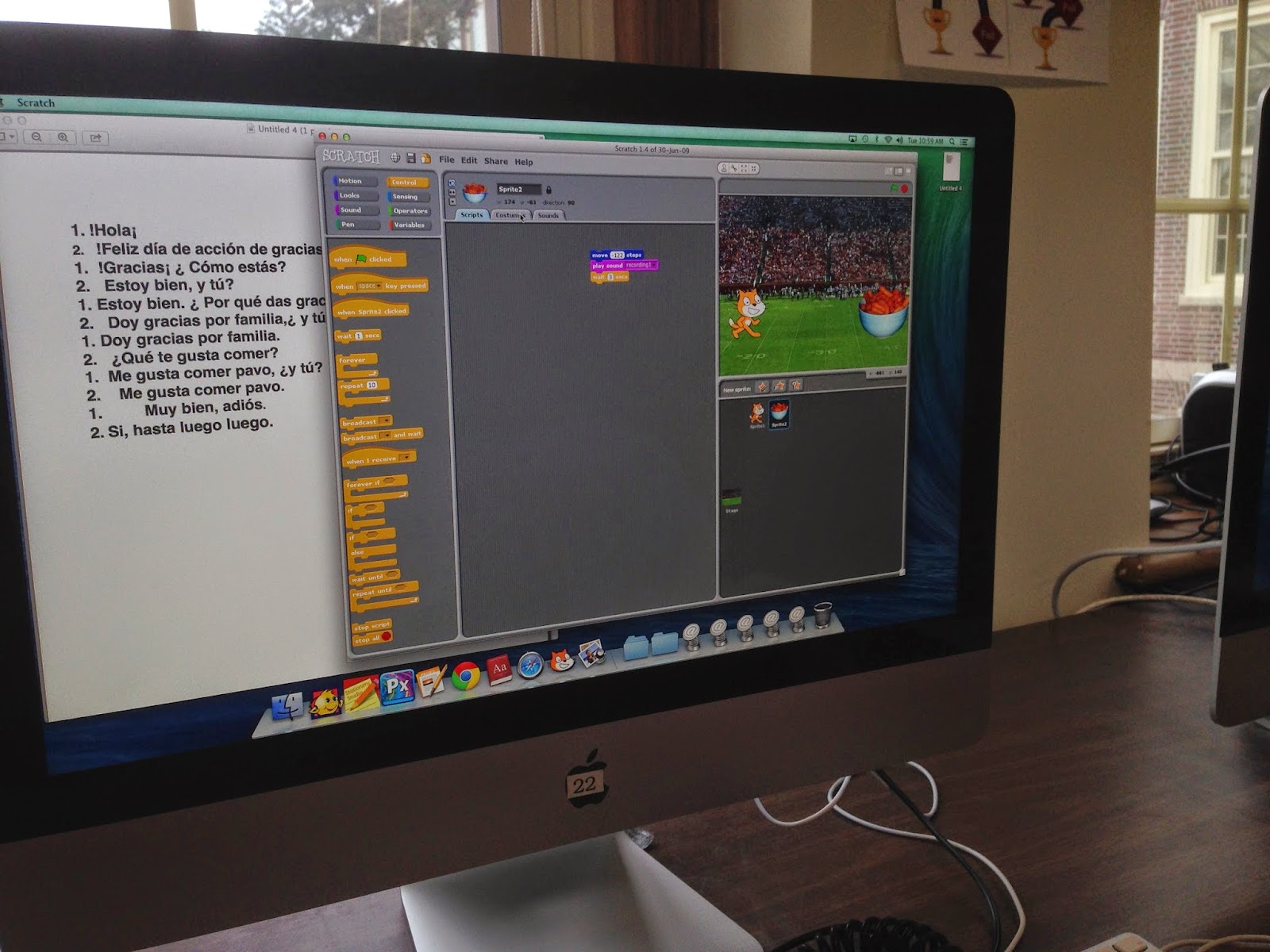 My 3rd grade class absolutely loved using scratch!  The students picked up the program incredibly fast, and found it to be a fun challenge.  In the first class the students chose their "Sprites" which are characters.  They then chose the setting background.  We then had them use code to record their conversations.  The students would record and code one part at a time.  This takes a lot of concentration and precision, that being said, my class of 3rd graders was very capable of such a challenge.

The first class in the computer lab the students were able to begin coding and record some of their conversation.  The next class we will be finishing up and exporting the finished coded recordings.
Posted by Professor Johnson at 6:12 PM 1 comment:

Shaun Johnson is a teacher and instructional technology specialist. He is a Google Certified Innovator, Google for Education Certified Trainer and holds teaching certifications in both Social Studies and Spanish. He has been teaching Spanish in Scarsdale Public Schools since 2011 where he has innovated and pushed the boundaries for how technology can enhance language learning. He has a passion for languages and loves training and teaching in English, Spanish and Portuguese.

What's new in my classroom?